The Himalaya, the “abode of snows”, extends from Assam in eastern India west to Afghanistan. It is a chain of the highest and youngest mountains on earth and it encompasses a region of deep religious and cultural traditions and an amazing diversity of people. A trek in Nepal is a special and rewarding mountain holiday. Fortunately for the visitor, there are still only a few roads extending deeply into the hills, so the only way to truly visit the remote regions of the kingdom is in the slowest and most intimate manner – walking. It requires more time and effort.

Isolation is traditionally a crucial element of any wilderness experience but in Nepal, it is impossible to get completely away from people, except for short times or at extremely high elevations. Environmental concerns must include the effects of conservation measures on rural people and the economic effects of tourism on indigenous populations. Even traditional national park management must be adapted because there are significant population centres within Sagarmatha (Mt Everest) and Langtang national parks. Trekking does not mean mountain climbing. While the ascent of a Himalayan peak may be an attraction for some, you need not have such a goal to enjoy a trek.

While trekking you will see the great diversity of Nepal. Villages embrace many ethnic groups and cultures. The terrain changes from tropical jungle to high glaciated peaks in only 150 km. From the start, the towering peaks of the Himalaya provide one of the highlights of a trek. As your plane approaches Kathmandu these peaks appear to be small clouds on the horizon. The mountains become more definable and seem to reach impossible heights as you get closer and finally land at Kathmandu’s Tribhuvan Airport.

During a trek, the Himalaya disappears behind Nepal’s continual hills but dominates the northern skyline at each pass. Annapurna, Manaslu, Langtang, Gauri Shankar and Everest will become familiar names. Finally, after weeks of walking, you will arrive at the foot of the mountains themselves – astonishing heights from which gigantic avalanches tumble earthwards in apparent slow motion, dwarfed by their surroundings. Your conception of the Himalaya alters as you turn from peaks famed only for their height to gaze on far more picturesque summits that you may never have heard of – Kantega, Ama Dablam, Machhapuchhare and Kumbhakarna.

On most treks, the daily gain is less than 800 metres in about 15 km, though ascents of as much as 1200 metres are possible on some days. You can always take plenty of time during the day to cover this distance, so the physical exertion, though quite strenuous at times, is not sustained. You also can stop frequently and take plenty of time for rest.Probably the only physical problem that may make a trek impossible is a history of knee problems on descents. In Nepal, the descents are long, steep and unrelenting. There is hardly a level stretch of trail in the entire country. If you are an experienced walker and often hike 15 km a day with a pack, a trek should prove no difficulty. You will be pleasantly surprised at how easy the hiking can be if you only carry a light backpack and do not have to worry about meal preparation.

Previous experience in hiking and living outdoors is, however, helpful as you make plans for your trek. The first night of a month-long trip is too late to discover that you do not like to sleep in a sleeping bag. Mountaineering experience is not necessary, but you must enjoy walking. If you have the time and energy to trek, don’t miss the opportunity to leave Kathmandu and see the spectacular beauty and the unique culture of Nepal. Trekking in Nepal will take you through a country that has captured the imagination of mountaineers and explorers for more than 100 years. You will meet people in remote mountain villages whose lifestyle has not changed in generations.

Kanchenjunga is along way from Kathmandu and the nearest road and airports are along way from the mountains. Our long kanchanjunga trek here climbs fr...

Lumba Sumba passes Makalu base camp trek is a newly developed trekking route identified and explored by the Trekking Agencies’ Association of Ne...

This is one of the most remote, mysterious and challenging high snow-covered pass trail trekking destinations in the Rolwaling and Khumbu region. Ever...

Makalu West Col & Sherpani Col Trekking is One of the challenging treks in Nepal; the trip takes you to Nepal’s most difficult cliffs passes...

Ganesh Himal trek offers spectacular views of great mountain ranges. It is a nontourist, not crowded, peaceful and wild trekking area. Even though thi...

Manaslu Circuit Trek is one of the Best and extra trekking Trail among many trekking trails in Nepal. The region which is located at the western part ...

Langtang Valley trekking is famous and popular trekking around the valley of Langtang region, where you can explore the high mountain lakes Gosainkund...

“Mt. ANNAPURNA BASE CAMP with Machhapuchhre Base Camp TREK” About two-thirds of the trekkers in Nepal visit the Annapurna region. Generall...

Annapurna Base Camp Trek with Machhapuchhre Base Camp

“Mt. ANNAPURNA BASE CAMP TREK”About two-thirds of the trekkers in Nepal visit the Annapurna region. The area is easily accessible, hotels ...

The Royal Trek is one of the shortest treks that follow a shrub-like path along the foothills of Annapurna, north of the Pokhara valley. The Royal Tre...

Tilicho lake trekking lies in the Annapurna Circuit Trek, which is one of the adventure treks to explore the difficult trekking trail as well as the b...

Everest Panorama Trek is a popular short and scenic trek which is also known as Everest view trek. This trek allows every traveler to get insights int... 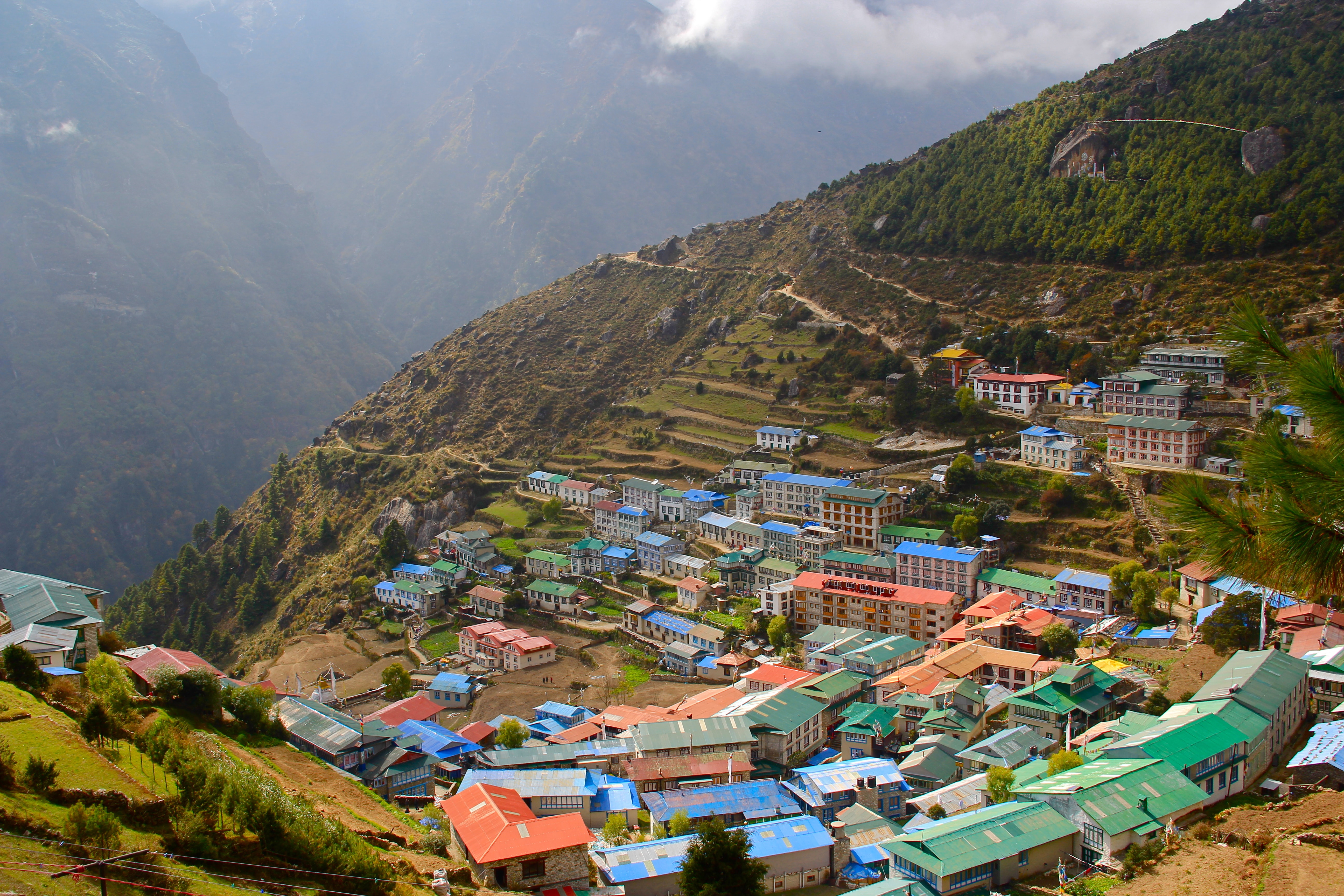 Luxury Mount Everest Trekking Base Camp is one of the lifetime Himalaya experience trekking. The stunningly beautiful trek to Everest Base Camp is wel... 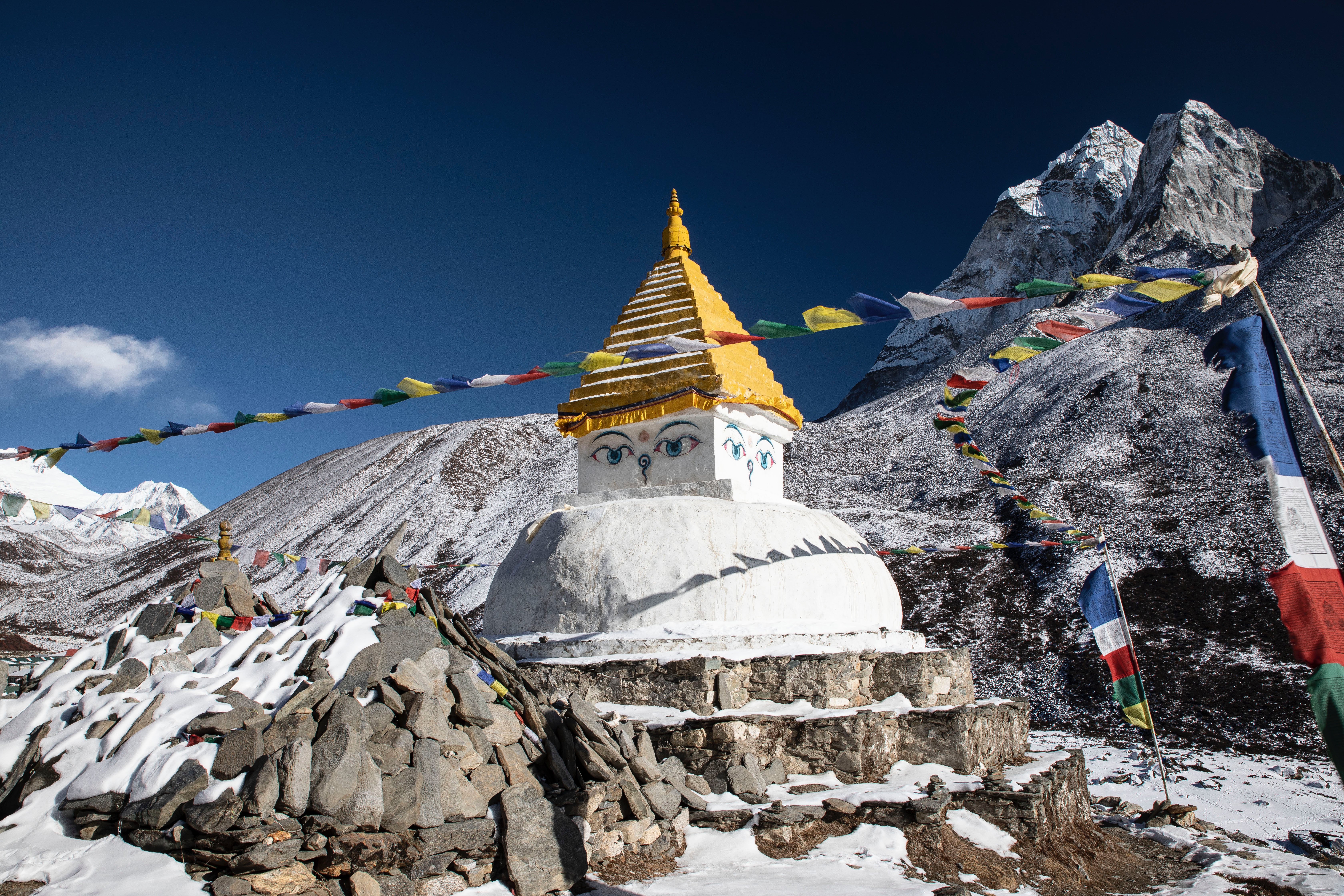 Manasalu Tsum Valley Trekking is the best one trekking trail to Explore Manasalu Himalaya region, The trekkers who go through this trail Feel the thri...

The Manaslu circuit trek also known as the Larkey Peak Pass trekking is one of the best treks where you can experience peaceful, natural and beautiful...

The region is a narrow valley located on the boarder of Tibet. This region is inhabited by Tibetans and Tamangs. The holy lake Gosaikunda, many Himala... 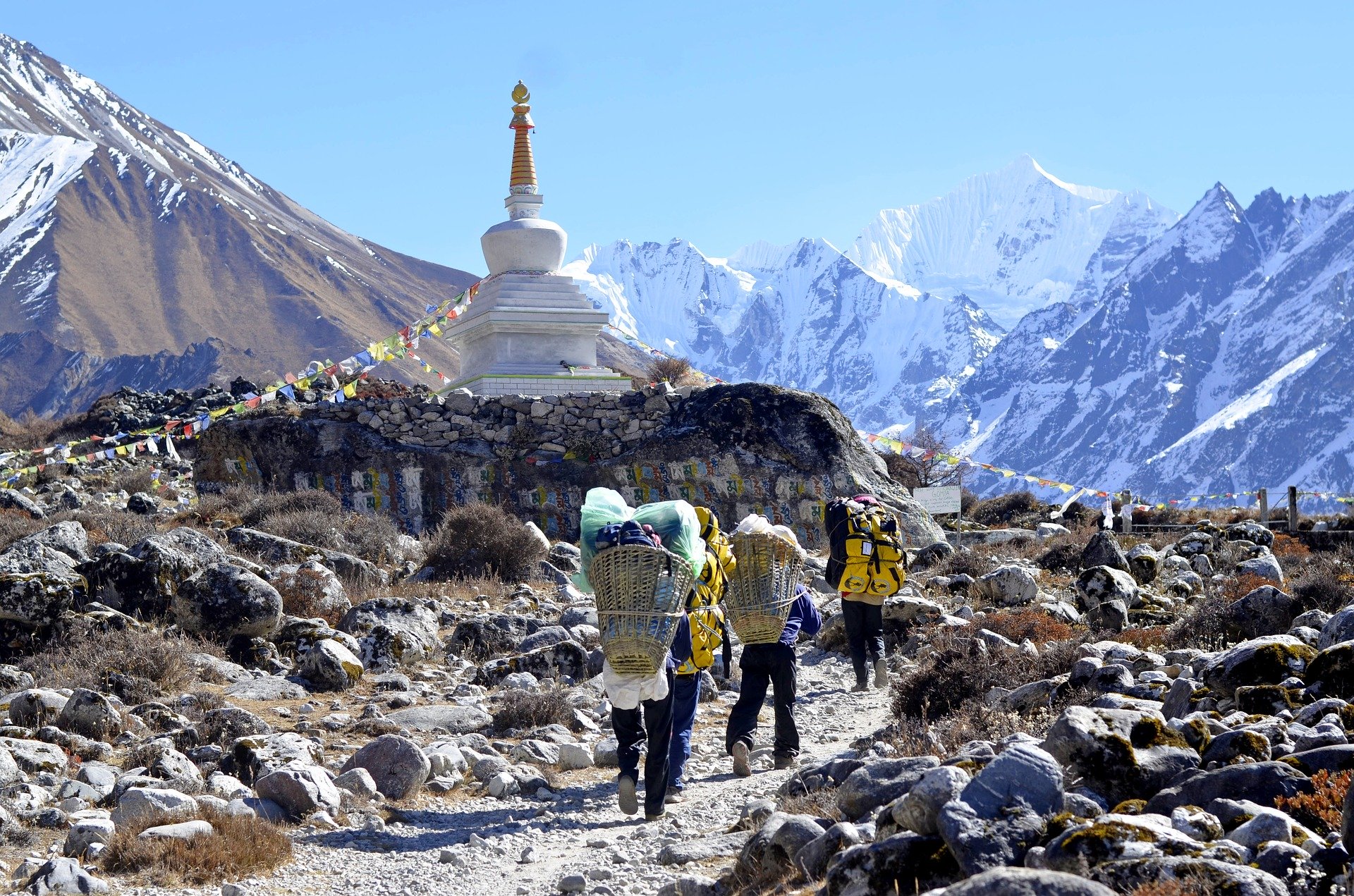 Langtang Gosaikunda Sundarijal Trekking is much demanded trekking among the travelers. This trekking is ideal for those who would like to see the tran... 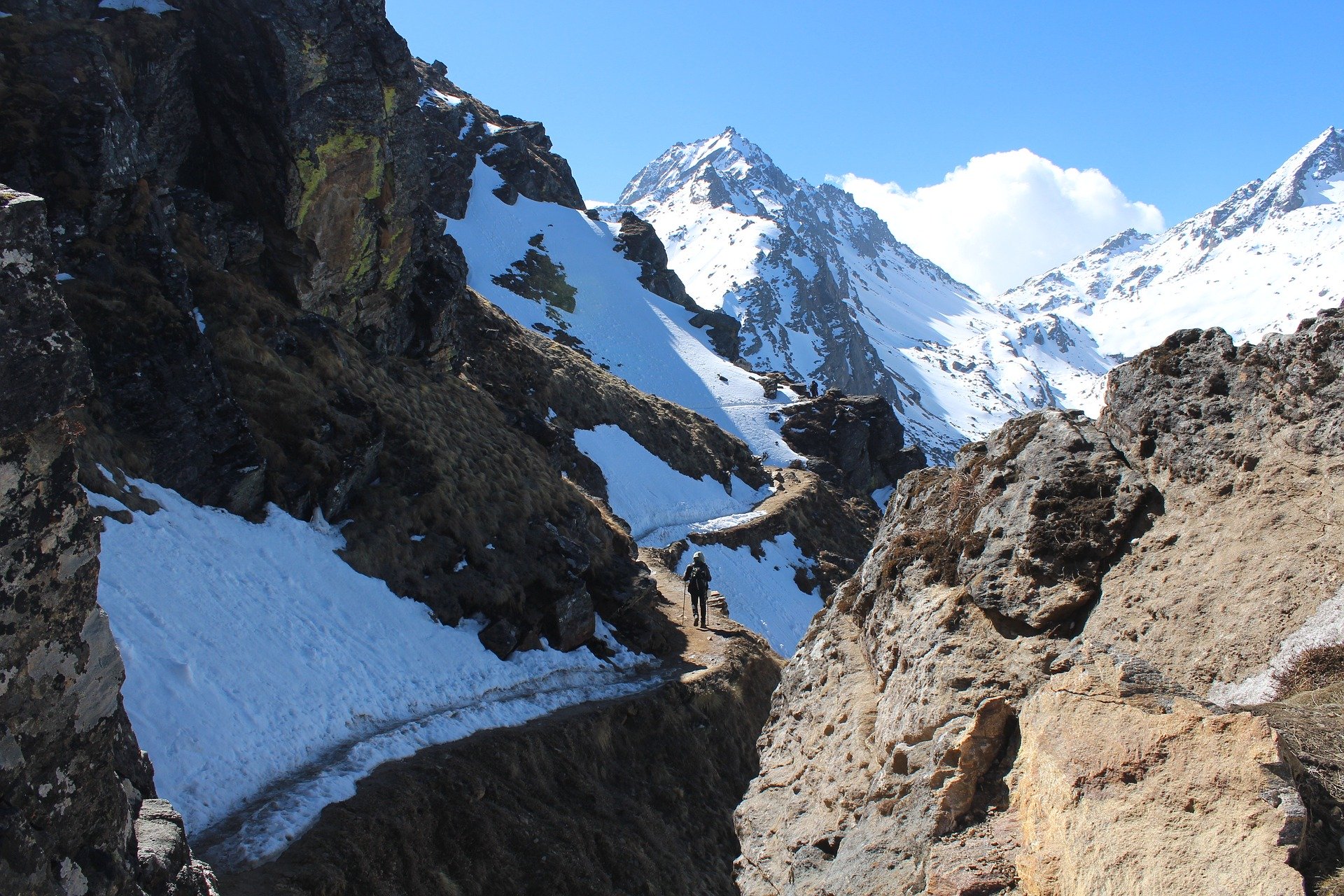 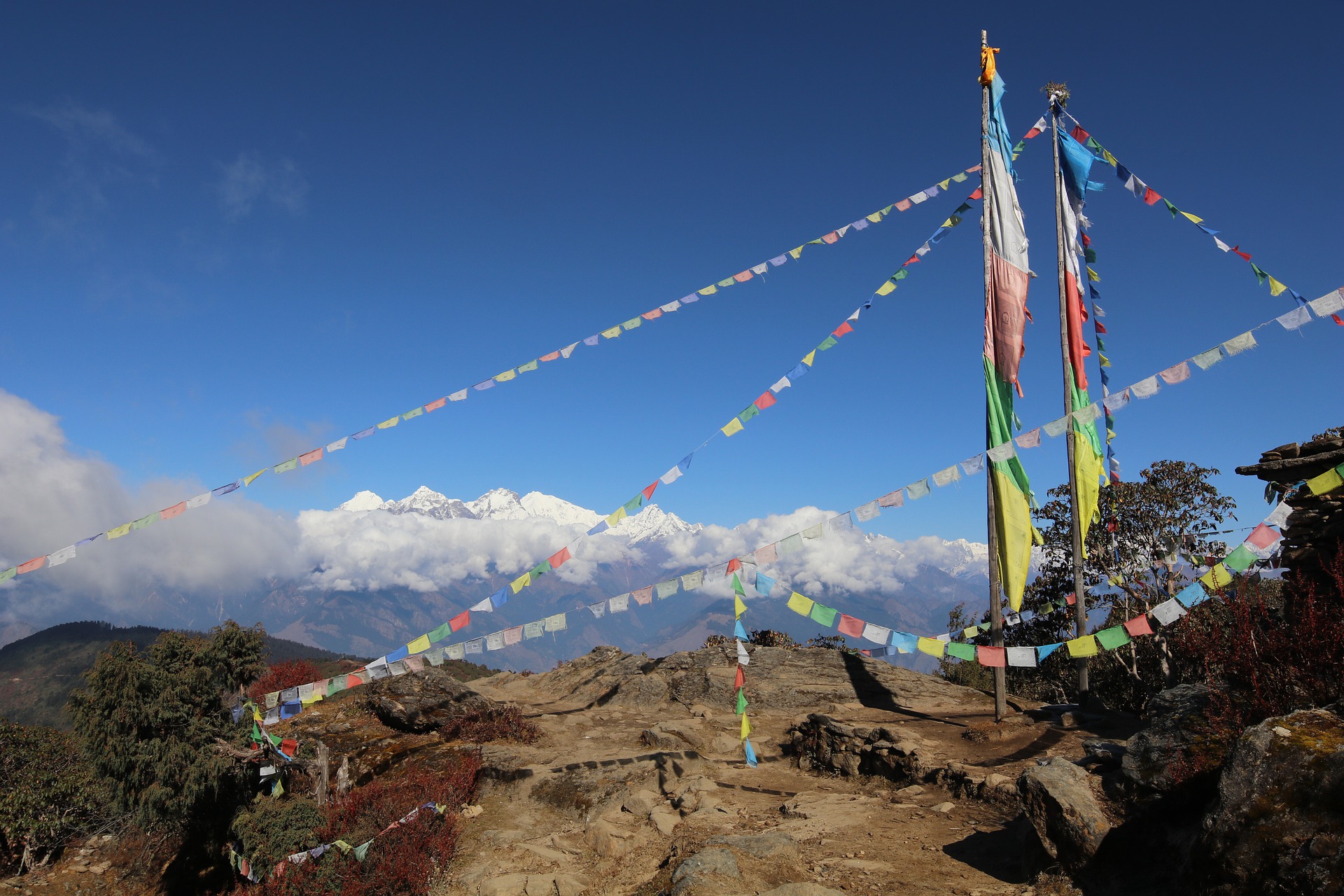 The Annapurna Circuit is considered to be the most traditional trek in the Annapurna region.which is also known as Around Annapurna Trek. The highligh... 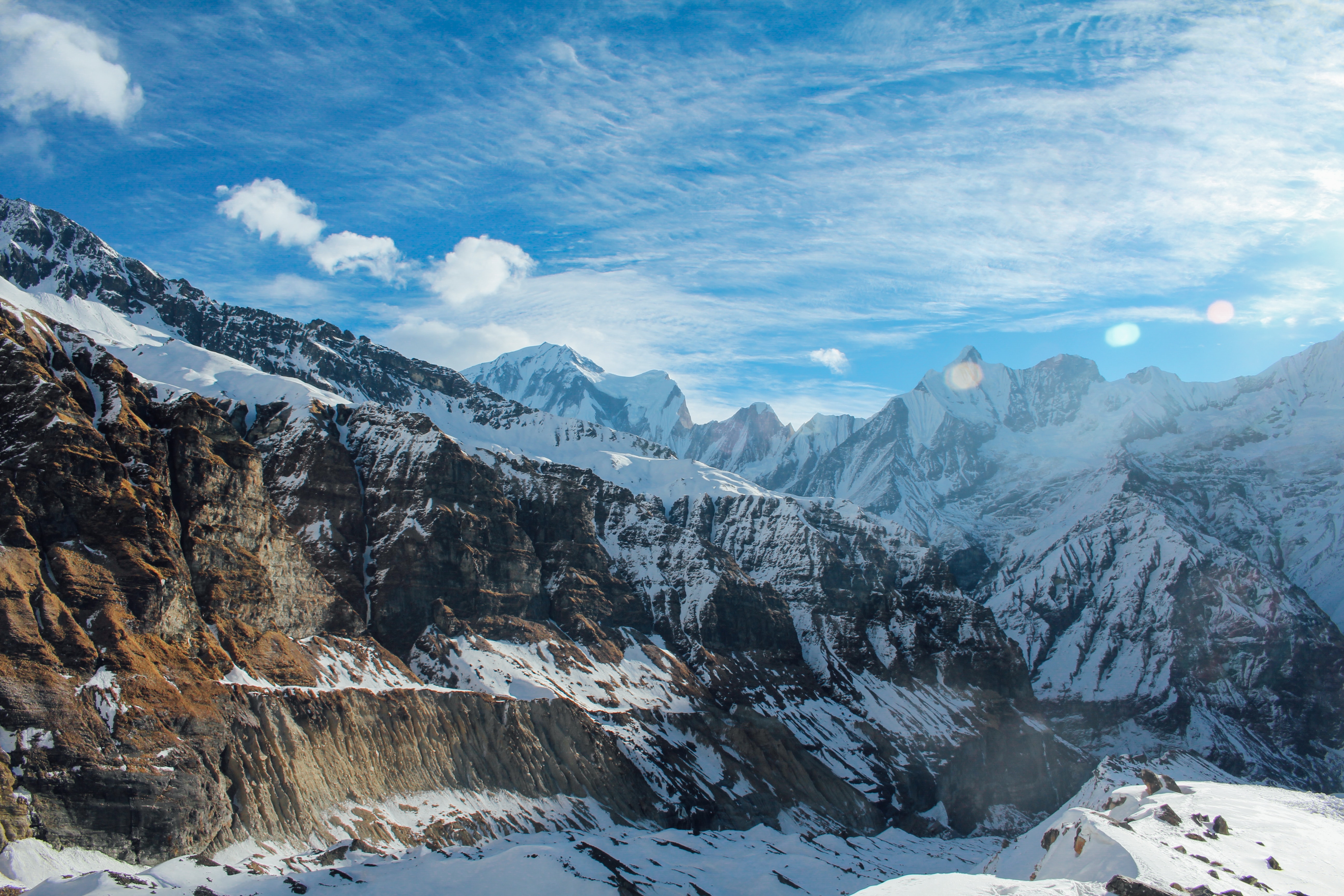 Manaslu and Annapurna Trek with Tilicho lake links the trek around Manaslu with the Annapurna region trails and further explores the Jomsom area. Duri... 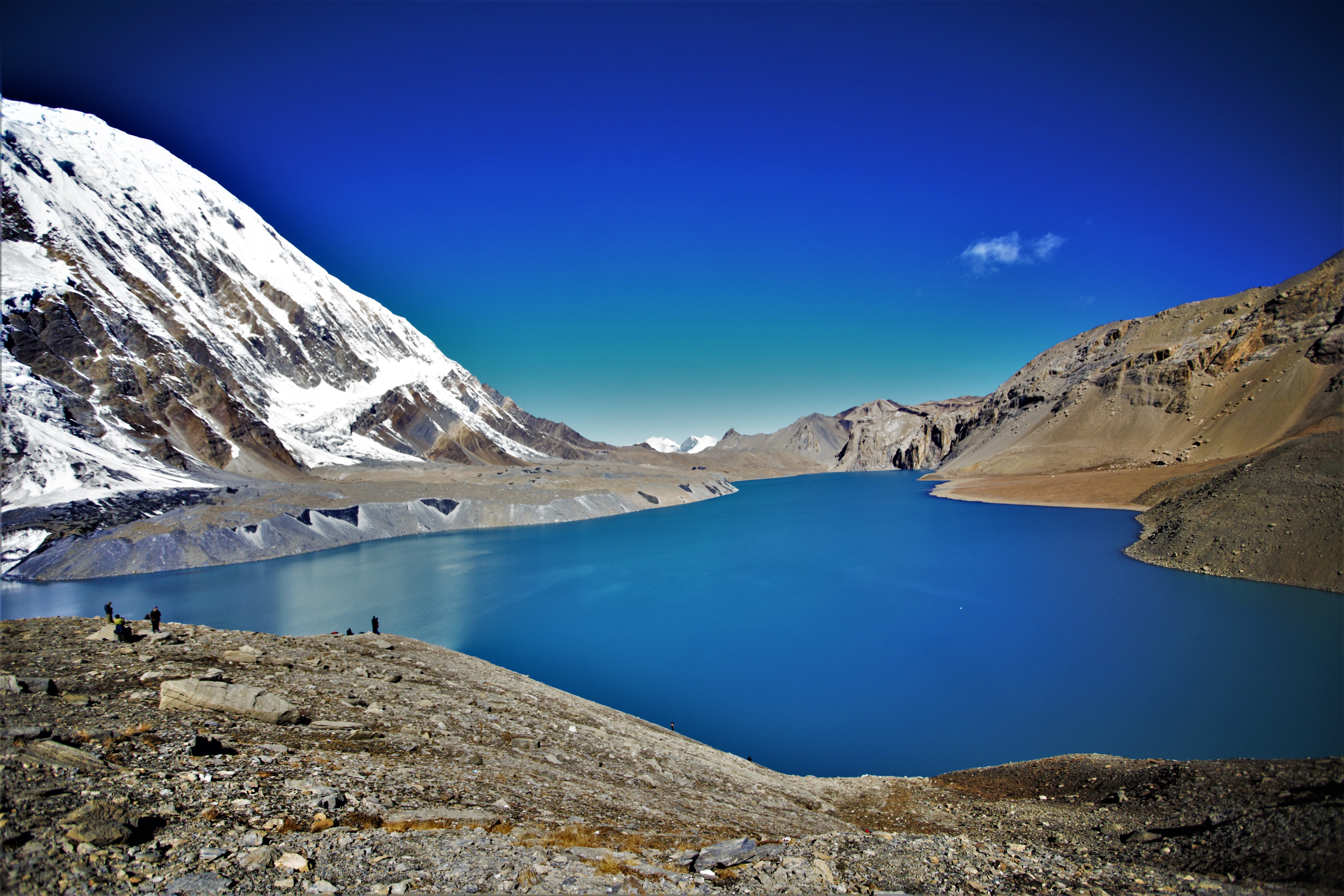 “Annapurna sanctuary Trek” is one of the best tea house trek in Annapurna region. This trek leads to you up to the Annapurna base camp. Li... 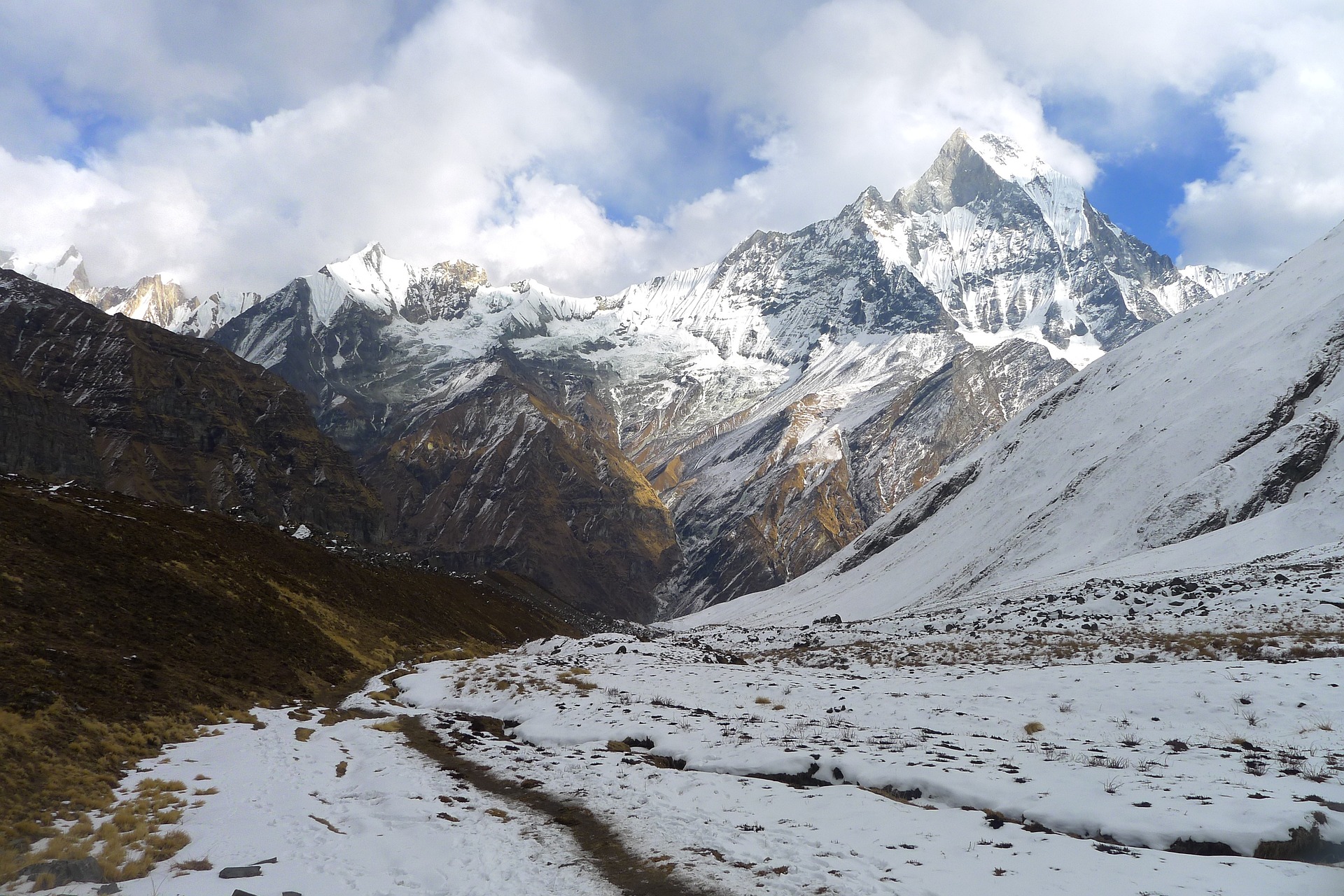 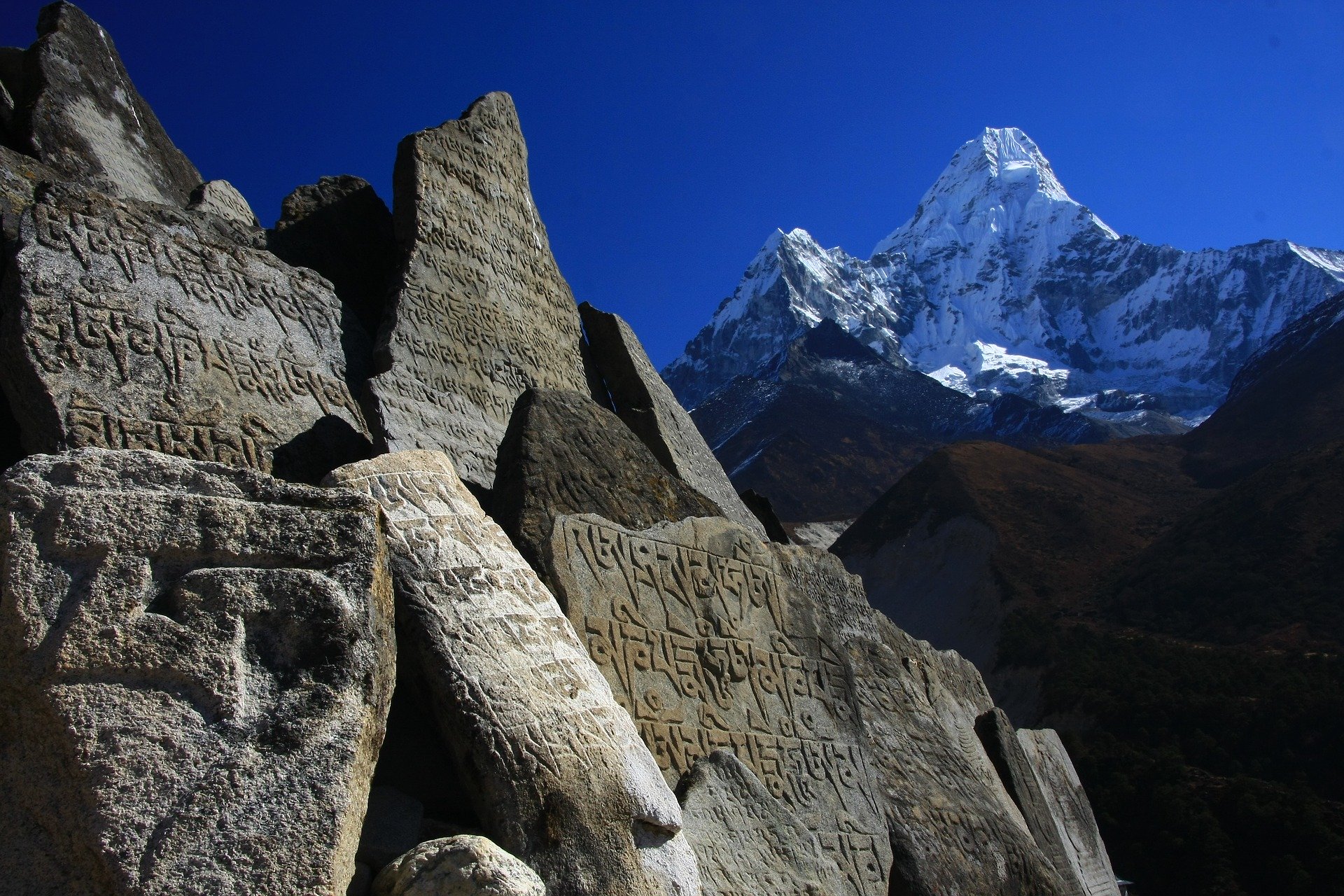 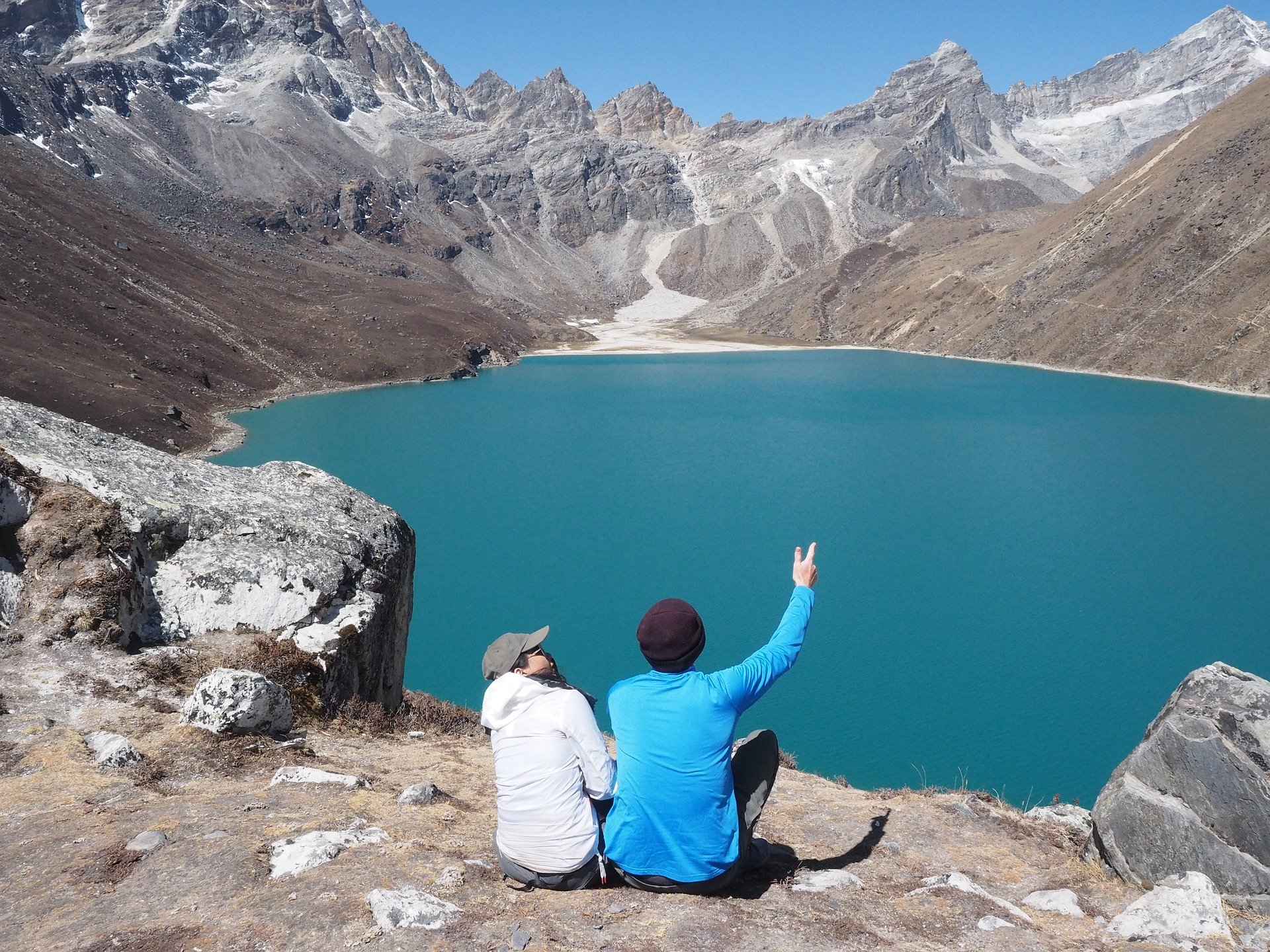 Jomsom Muktinath Trekking is most popular and trouble free trek in Nepal that covers only the west side of the circuit of annapurna region.This trek a... 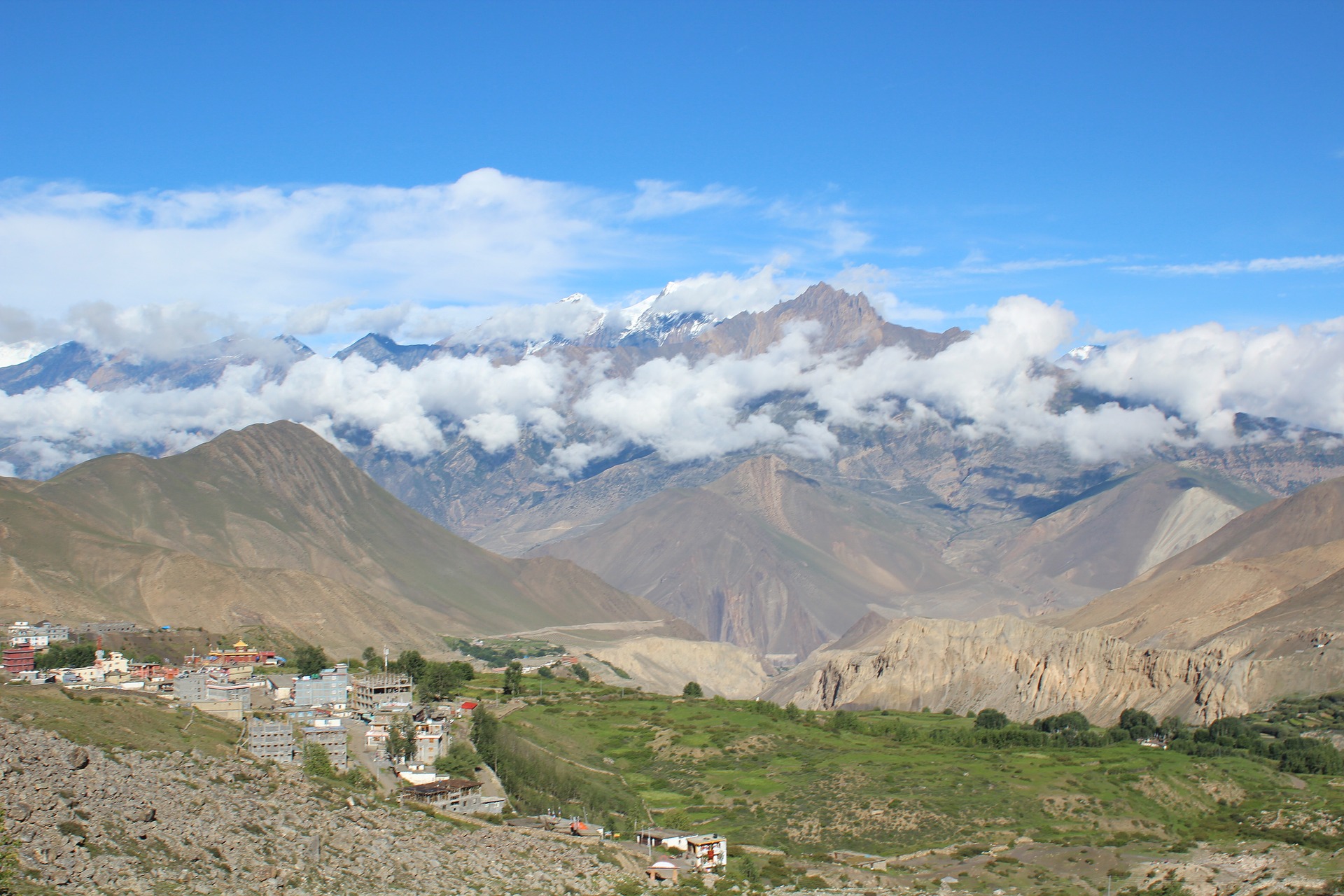 Everest Base Camp Trek is one of the well known, important and beautiful Trek in Nepal. Mt. Everest (8,848m), the world highest Peak is already known ... 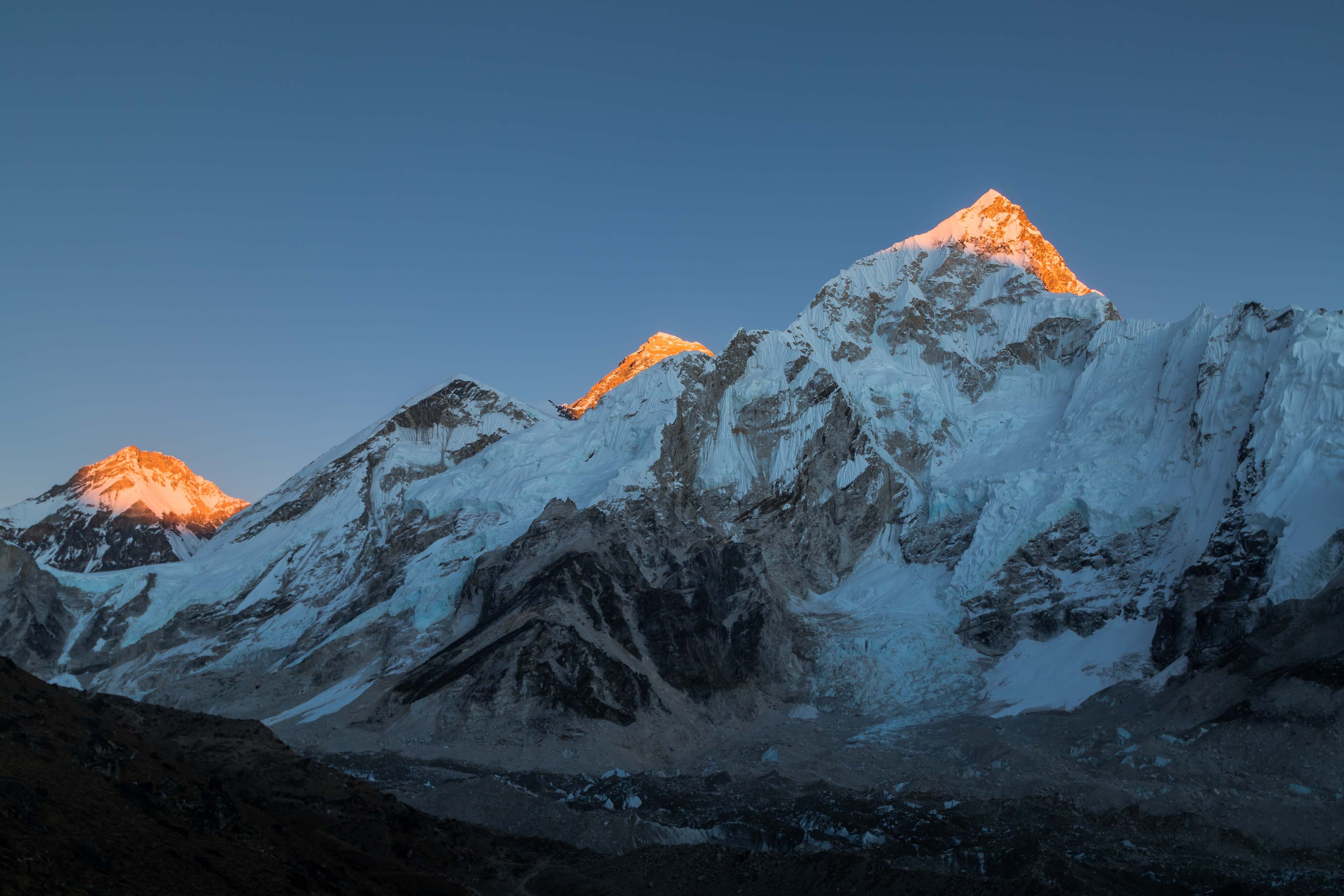